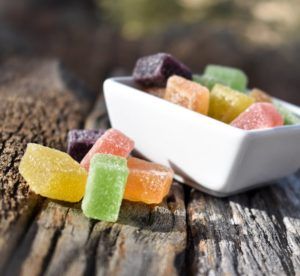 Cannabis-related emergency department visits are thought to have more than tripled between 2011 and 2019, coincident with the legalization of recreational and medical cannabis in many US states. Yet there are no approved drugs to treat overdoses due to cannabis or synthetic cannabinoids like Spice and K2.

IRISYS LLC, a contract development and manufacturing organization based in San Diego, has been awarded an $850,000 grant from the US National Center for Advancing Translational Sciences to develop an injectable form of a drug called drinabant, a potential treatment of acute cannabis overdose (ACO).

It is hoped an injectable form will act more quickly to reduce the symptoms of ACO, thus limiting the time spent in an emergency room.

Edibles account for a disproportionate share of hospitalizations compared to smoked cannabis, in part because edibles in cannabis dispensaries have an average of more than 50 mg THC per dose compared to the estimated 7–8 mg THC in a typical joint.

Additionally, like THC, synthetic cannabinoids bind to the CB1 receptor and can be substantially more potent than THC.

Drug compounds that bind selectively to CB1 are known to be able to block and reverse these symptoms.

Drinabant—an investigational drug developed by Opiant Pharmaceuticals—is one of these drugs that also selectively binds to the CB1 receptor. It is thought to work by replacing THC or synthetic cannabinoid that is bound to the receptor.

However, orally ingested drinabant is absorbed too slowly to reverse the clinical manifestations of ACO.

An intramuscular or intravenous injection is needed so the drug can act more quickly to provide treatment for those who have ingested large quantities of THC or synthetic cannabinoids.

IRISYS will use the funds to develop an injectable formulation of drinabant, manufacture registration batches for investigational new drug studies and clinical trials and undertake stability studies over the course of three years.